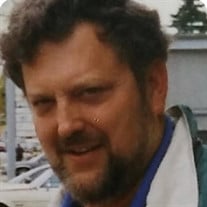 James Allen Stickels of Beach Park IL passed peacefully on November 13, 2021 at Lake Forest Hospital surrounded by his family. He was born in January 7, 1943, son of Don and Ruth Stickels of Libertyville, IL. Jim graduated from Waukegan Township H.S. class of 1961. After graduation he entered the Carpenters Apprentices and Training Program. He also enlisted and proudly served in the United States Marine Corps from 1964-1970. Jim continued a lifelong career as an incredibly talented and skilled cabinet maker. He owned and operated Stickels Custom Cabinets. Throughout Waukegan and many other areas in Lake County his craftsmanship is on display. His work spanned multiple areas including residential kitchens, bathrooms, family rooms, corporate offices, board rooms, hospitals, reception desks, fire stations, bars and restaurants. Jim also held the position of Public Works Foreman for the City of Waukegan. Jim always looked forward to coffee and lunch with his co-workers and friends. In retirement he continued wood working projects and spent countless hours in his shop. He never wanted to stop taking on projects or deny a request for assistance. The family would like to thank all of the caregivers at the Captain James A. Lovell Federal Health Care Center and Northwestern Medicine Lake Forest Hospital. In addition the Firefighters/ Paramedics from the Beach Park Fire Department. Especially his love and devoted partner, Marilyn who was by his side the entire time. James is survived by his sons, Brett (Dawn) Stickels and Chad Stickels; siblings, David Stickels, Walt (Sally) Wilkinson, Donald (Doris) Stickels; his devoted partner, Marilyn Gersich; grandchildren Connor Stickels and Boden Stickels; numerous nieces, nephews, extended family and friends. He is preceded in death by both parents Don & Ruth (nee Triggs) Stickels. His visitation will be held on Saturday, November 20, 2021 at 9:00 am at Peterson & Patch Funeral Home, 408 N Sheridan Road, Waukegan, IL 60085. His memorial service and military honors will begin at 10:30 am with Father James Merold officiating.

The family of James Allen Stickels created this Life Tributes page to make it easy to share your memories.

Send flowers to the Stickels family.